Democrats squeezing out every last drop of authoritarian rule while they still have the chance:

Can Tea Party Spill Over Into Europe?

That is the question. Certainly democracy found it's way to Europe after 1776, so why not a second time?

The reason for the question is this viral video from MEP Nigel Farage, leader of the UK Independence Party who let it rip in the latest EU session taking a page from the book of Daniel Hannan:

Portugal is indeed next. Cloward-Piven is on the march and may crush us if we don't stop it soon.
- November 27, 2010
Email ThisBlogThis!Share to TwitterShare to FacebookShare to Pinterest
Labels: Daniel Hannan, EU, Socialism, UK

Decided this year to give brining a try. Anxious to see how it turns out. Anywho, it's been a busy month and this coming final month of 2010 is gonna be even busier. Blogging will be slow, but Twittering will continue unabated.
- November 25, 2010
Email ThisBlogThis!Share to TwitterShare to FacebookShare to Pinterest
Labels: Blogging, Personal

TSA, Obamacare: What It All Means

Rush Limbaugh had a pretty epic monologue today that demands to be read/heard. I'm reminded of what Congressman-elect Tim Scott said recently: the largest minority in America is the individual.
- November 23, 2010
Email ThisBlogThis!Share to TwitterShare to FacebookShare to Pinterest
Labels: Alinsky, Barack Obama, Rush Limbaugh, Socialism

Must be because of Obamacare...of course, that hasn't kicked in yet. You'd think he'd go to Cuba, home of the best medical system in the world.
- November 22, 2010
Email ThisBlogThis!Share to TwitterShare to FacebookShare to Pinterest
Labels: Cuba, Health Care, Saudi Arabia

Just say no to drugs:

Senator Rockefeller Bites The Hand That Feeds Him

I wonder if Ted Koppel's recent rant gave Rockefeller the courage to add "MSNBC" on the list.

This is the cherry atop the hypocritical race-pandering sundae known as the Democrat Party.

Under the compromise, Maryland Rep. Steny Hoyer, the current House majority leader will become the Democratic whip, which will be the number two spot in the new Democratic minority.

South Carolina Rep. James Clyburn agreed to end his bid for that spot and instead hold a new, third ranking leadership post that will be created for him. The sources say the title and portfolio for the spot is yet to be determined.

When the Democrats become the minority party in the House they lose the position of Speaker, a shift that left Hoyer and Clyburn jockeying for the House minority whip position.

The white guys get to keep the real and important leadership posts and the black guy gets a no-show figurehead post. Everybody wins!

UPDATE: Even more pathetic than we could have imagined. Clyburn given title of "Assistant (to the) Leader." The House Democrats have become The Office. 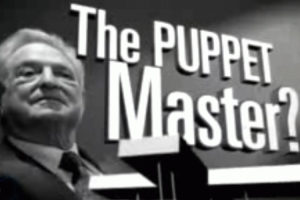 One of the George Soros minions went to Fox News to explain that "Glenn Beck is hurting Mr. Soros and his business."

Things have gone downhill from there.

Beck is basically doing a George Soros week with three shows dedicated to billionaire who openly advocates one-world government and bringing the United States toward that goal.

It's funny. All my life I've listened to liberals, progressives (you pick the label) tell us how America is basically run by big business and that we're just inches away from some sort of capitalist dictatorship. The whole premise of the Net Neutrality movement is that if the government (apparently an entity free of any corruptible influence) doesn't take over broadband, James Bond-like villains will take over all means of communication. Really, are these cartoonish bad-guys of cinema a reality or just fanciful thinking by the politically paranoid?

Sure, if you've got billions of dollars, you can wield a lot of power, and certainly in our history the Rockefellers, Morgans, Rothchilds, et al have had their share of influence, perhaps at the sufferance of democracy from time to time, yet the great American experiment has managed to survive for 234 years. Yet, with Soros in the role of the proverbial Goldfinger, there's an awful lot of evidence to back up such a comparison.

Overblown? Like Beck says, I think everyone should research it and give it serious thought, then act accordingly. More to come.
- November 09, 2010
Email ThisBlogThis!Share to TwitterShare to FacebookShare to Pinterest
Labels: George Soros, Glenn Beck, One World Government

Rand Paul Is The Real Deal

Like a lot of people, when Rand Paul announced his run for Senate in Kentucky, I was leery. He's an eye doctor; his dad Ron Paul, while libertarian, tends to be a kook. This may not be a good idea. Early on he made libertarian statements that were absolutely correct but in-artful when in campaign mode.

Well, he's come a long way. He really knows his stuff. Today he did an interview with arch-elitist Christiane Amanpour and was excellent. I strongly recommend watching the whole thing.

Democrat candidates, of course. This is one of those stories where you say to yourself, "Of all things he's getting suspended for, it's this? Really?"
- November 05, 2010
Email ThisBlogThis!Share to TwitterShare to FacebookShare to Pinterest
Labels: Keith Olbermann, Media Bias, MSM, MSNBC

Up and at 'em! Waking up to find some news:

Jim Oberstar defeated in Minnesota. That's big. Having lived in Minnesota for four years, that does my heart good. Along with Ike Skelton in Missouri, that's another Democrat House Chairman to go down. Couldn't get John Dingell-berry, but can't win 'em all.

GOP gained 63-67 seats in the House depending how a few close races pan out. Three Senate seats still in question, though none look good for the GOP, putting their pickup at 6. I'm heartbroken we couldn't beat Harry Reid, but the casinos and union gets what they want in Nevada. We're still very backwards here in many ways.

The big story to me is the face that the GOP pick up a bunch of Governships AND State Houses. This means they redraw the district lines in key states like Ohio and Pennsylvania. That's huge for the future of the party and the country.

Florida is almost totally red. And with guys like Marco Rubio and Allen West, the state is going to get plenty of notice from here on out. Rick Scott won a tight one down there for Governor, which is also big.

9:45pm - And boom goes the dynamite. GOP officially wins House. Won't win Senate, but tactically, that might be good. Next two years are gonna be crucial.

9:28pm - Well, we gave it a shot, but the Harry Reid machine (including Harrah's and MGM) was just too much. You ran a good race, Sharron. 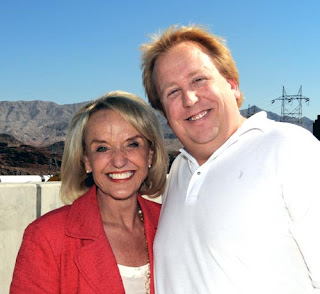 8:03pm - State of California commits suicide. I'm going to tell you this right now. When Jerry Brown goes to D.C. in a few years looking for a bailout, I'll be on my representatives day and night to make sure they do NOT give it to them.

7:00pm - As I said on Twitter, the GOP won't get the Senate, but they gain quality people. Rubio and Portman replace RINOs.

About the Senate, saw the guys on Fox arguing over why GOP winning big in House but not as much in Senate. Rove points out that the pickups they get will still be huge historically. But let's face it, the GOP is still in a civil war and to win Senate seats nationwide, you have to be united from top to bottom. The elites and Tea Partiers are still going at it...tonight being a huge battle.

6:11pm - I haven't posted much...mostly been watching Twitter. You can find results on sites better than mine. Sorry to see some of the Senate losses, but they were long-shots. All the networks are projecting the House is the GOP's. Won't win the Senate, but we have to look at it from more than numbers. We're getting some quality people, led by Rubio and Paul. Now, I'm pretty much invested in Sharron Angle's race which I'm afraid is going to turn into Coleman-Franken. Stay tuned on that.

5:04pm - No surprises at this point. Rubio wins which is worth more than just that Senate seat. He has the stuff to be a major force for years to come.
- November 02, 2010
Email ThisBlogThis!Share to TwitterShare to FacebookShare to Pinterest
Labels: Democrats, GOP, Politics

This is huge (Hat tip: Allahpundit):

I spoke to Jon Stewart about Yusuf Islam's appearance. He said he was sorry it upset me, but really, it was plain that he was fine with it. Depressing.

More than depressing, it's telling. This is why these people, the people that went to that rally on Saturday cannot be allowed to run this country any longer. Stewart can make a pretty speech about civility, but the point he misses is that we have to recognize who our real enemies are. Stewart and his followers are incapable of that.
- November 02, 2010
Email ThisBlogThis!Share to TwitterShare to FacebookShare to Pinterest
Labels: Islamofascism, Jon Stewart, Salmon Rushdie, Yusuf Islam (Cat Stevens)


RENO, Nev. - If Harry Reid loses this election, it will be a crushing end to a storied political career. The majority leader of the United States Senate will have been defeated after four terms by an opponent he doesn't respect or even take seriously. He will be the victim, in his view, of an electorate gone mad, taken down in his prime after rising higher than anyone from his state ever has.

Reid, as with most Democrats, can't bring himself to think maybe he's done something wrong. No, it's us to blame. We just don't get it.
- November 01, 2010
Email ThisBlogThis!Share to TwitterShare to FacebookShare to Pinterest
Labels: Democrats, Harry Reid 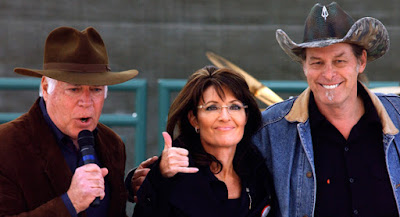 Stewart's Error Not What You Think

While a lot of us are (rightfully) appalled at having Cat Yusuf Stevens Islam at the Rally for Sanity, it appears Jon Stewart's BIG mistake was attacking the media. The asylum known as MSNBC is not happy: