Another Day In The Bloomberg Utopia

Video not safe for Mom:

The Time Is Now: Jimmy McMillan For President 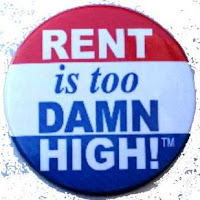 Looks like I may have to make a 2012 endorsement a little early: (Hat tip: JWF)

The rent won't be Too Damn High at the White House.

Jimmy McMillan, the quirky character who stole the spotlight during New York's 2010 governor's race, is now setting his sights on a higher office: the presidency.

And the cherry on the sundae...

The lion-maned McMillan -- who's given to lengthy diatribes -- says he's registering as a Republican to avoid a Democratic primary.

McMillan, a self-proclaimed "karate master," says he's not worried about taking on the likes of Obama, or Republicans Mitt Romney and Newt Gingrich.

"I can sit here and say how to control the country in 30 seconds, and they can't say it in 30 years," he said.

"Not one of them can sit on a stage and address the issues that concern the American public. Not one of them. The president has not done it."

"I love you, Mitt Romney. I love all of you guys. Y'all can come and bring me some water," McMillan added.

Excellent! Let's get Jackie Broyles and Dunlap to moderate the debate while I get busy welcoming our new Chinese overlords. I can be quite useful as Tom Friedman's errand boy.
- December 23, 2010
Email ThisBlogThis!Share to TwitterShare to FacebookShare to Pinterest
Labels: Jimmy McMillan, Politics, Pop Culture, Tom Friedman, Weird

You ever have a stance on a certain issue, then find out someone you loathe feels the same way and you're not sure what to do? That's my feeling after seeing this video of Pat Robertson: (Hat tip: @elizcrum)

You'd think he'd just say these people in jail for 10 years are getting punished by G-d for living in a society that allows gays to drive cars or some sh*t. No, instead he makes a very reasoned argument that echos my own. How long have I been asleep?

UPDATE: Backtrackin'! I knew he would. Should have said something. Why do I fear success?
- December 23, 2010
Email ThisBlogThis!Share to TwitterShare to FacebookShare to Pinterest
Labels: Drug Legalization, Pat Robertson 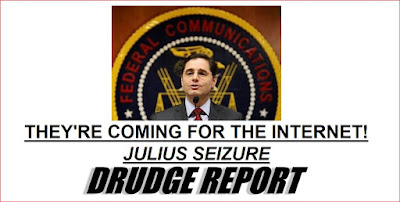 Our buddy The Right Scoop has video of a monologue by El Rushbo this morning where he calls for Mike Castle's supporters to apologize to the nation. A must-hear.
- December 16, 2010
Email ThisBlogThis!Share to TwitterShare to FacebookShare to Pinterest
Labels: Congress, Mike Castle, RINO's, Rush Limbaugh

Personally, I support a repeal of Don't Ask Don't Tell. If gays want to defend their country and possibly die for it, who am I to stand in the way. Better they have the attitude that they should have some skin in the game than just settle for being outcast who have no stake in world affairs. However, unlike many in the U.S. Senate, I take a principled point of view on the subject.

The Senate is looking at a bill to overturn DADT and newly elected "conservative" Democrat Senator Joe Manchin of West Virginia voted against the bill in the first vote but later said he would vote for it if his vote "was needed." It's this kind of hypocrisy from these so-called above-it-all moderates that just makes my blood boil. No principles here. Ace puts it best:

Joe Manchin voted no previously, but an aide said he would have voted yes if his vote had been needed. Another bit of Democratic kabuki, then, with a supposedly conservative Democrat only casting a conservative vote if it's superficial and meaningless. When Team Liberal calls, though, they're there with bells on.

The intruder, Kyle Blackburn, was taken to a South Carolina hospital, but the injuries were not reported to be life-threatening, according to Rex Gore, district attorney for Columbus, Bladen andBrunswick counties..

The State Bureau of Investigation and Columbus County Sheriff's Department are investigating the shooting, Gore said. Soles, who was not arrested,declined to discuss the incident Sunday evening.

"I am not in a position to talk to you," Soles said by telephone. "I'm right in the middle of an investigation."

The Senator, who has made a career of being against gun ownership for the general public, didn't hesitate to defend himself with his own gun when he believed he was in immediate danger and he was the victim.

Brett Favre's Streak Is Over

Nikki Haley Appears To Be The Real Deal 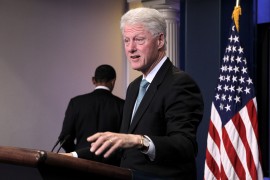 This is how bad it's gotten for Obama. He's so in over his head he's actually turning things over to Bubba Clinton. Watch the video and let me know if it doesn't send a chill up your spine.

MORE: I'm still just in disbelief at what I've seen. A president this weak. I was a kid when Carter was president, so this isn't something I'm used to.
- December 10, 2010
Email ThisBlogThis!Share to TwitterShare to FacebookShare to Pinterest
Labels: Barack Obama, Bill Clinton

He'll Get No Argument From Me