The Republican Primary for Nevada State Senate District 9 (home of the Popinjay) has taken a sexy turn and caught the attention of the British Press.

The Republican race for a vacant Nevada Senate seat has turned into an all out war after a website appeared online portraying one candidate as a hard-drinking party girl.

The site shows pictures of Mari St. Martin drinking, dancing and playing beer pong and dismisses her as immature, inexperienced and unqualified.

There's a history of bad blood between the two republican - Mr Jones has filed a slander lawsuit against Mrs St. Martin after she claimed online that he convinced a mentally disabled man to pay $30,000 for an ostrich egg business.


Yeesh. Bill Raggio is rolling over in his grave faster than he rolled over for Harry Reid. Anyway, wish me luck when I head to the ballot box!
- May 31, 2012
Email ThisBlogThis!Share to TwitterShare to FacebookShare to Pinterest
Labels: British Press, Harry Reid, Nevada, Politics, Weird 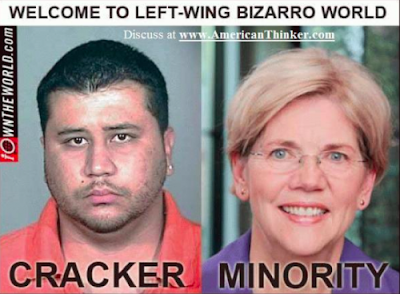 It's getting ugly out there. The old guard has declared all-out war against the new media. For background, here's the full, unabridged story from Patterico.

A Conservative Senate, Brick By Brick

A really good couple of weeks for conservatives in the Senate races. Indiana Republicans send Dick Lugar back to Virginia by making Dick Mourdock the GOP candidate for that Senate seat and Nebraskans deny an establishment candidate the chance for Ben Nelson's open seat by nominating Deb Fischer.

The Indiana results were especially sweet as we got rid of a "go along, get along" Senator who is adored by Democrats. Yes, Dick Lugar served his country well, and yes he has a nice foreign policy record, but he became very moderate in recent years and thought it was more moral to compromise with Democrats than to stay true to his constituents. As is the case with Senators who have served for decades, he developed a sense of entitlement to his Senate seat. Why should he have to campaign when he's served so long? Why should he have to face the "indignity" of pounding the flesh and asking for votes. Same thing is going on with Orrin Hatch. So long in the Senate, he's outraged someone would challenge him and he has to actually ask for votes. I call it "Specter Syndrome."

This is the attitude that makes my blood boil. I don't care if you're the best Senator in the country and I agree with you on everything; if you have an attitude that you're above the democratic process, you've lost me.

In Nebraska, you have the relatively unknown State Senator Deb Fischer winning the nomination over establishment Republican Jon Bruning and Tea Party candidate Don Stenberg. Stenberg was backed by Jim DeMint and some see this as an embarrassment for him, but you have to know the history. Stenberg has served as Attorney General and State Treasurer. He's a perennial candidate for the Senate, this being his fourth try. He came within a whisker of beating Ben Nelson 12 years back. From DeMint's standpoint, endorsing him made sense. Stenberg is very well-known conservative in Nebraska and a legend amongst the Pro-Life movement with the SCOTUS case Stenberg v. Carhart. Deb Fischer was an unknown outside of Nebraska and in many places inside Nebraska. Sarah Palin and Herm Cain came in late and endorsed her which put her over the top along with the fact that Bruning and Stenberg fought amongst themselves. Ever the class act, DeMint immediately called for unity and Bruning and Stenberg endorsed Fischer. A new poll out today shows her way ahead of Bob Kerrey.

Assuming Mourdock and Fischer win in November it gives the GOP a 1.5 seat pickup. I say 1.5 because while it's only a one seat pickup in numbers, it's also the replacement of a RINO for a true conservative. This is a big part of what the 2012 election has to be about. The GOP might take the Senate, but even if they do, if it's a Senate of Dick Lugars, nothing will change. Jim DeMint, the leader of the conservative branch of the Senate has to build an army brick by brick, seat by seat. He has Coburn (sort of), Paul, Rubio, Lee, Johnson and a few others backing him as he fights Mitch McConnell and the entrenched establishment Republicans. DeMint needs more backup. Mourdock and Fischer would be a huge help. Even more helpful would be the addition of Cruz from Texas and Liljenquist from Utah. Whether Romney becomes president or not, we need conservatives in the U.S. Senate to save the Republic. The presidency is the main prize, but the we need grounds troops on the front lines.

A final thought: I think many on the right have become too concerned with what happened in 2010 with Sharron Angle and Christine O'Donnell. Mistakes were made, yes, but let's not assume that lack of experience or name-recognition means a candidate is unelectable. Mourdock and Fischer are not amateurs. Don't be brainwashed by the smart-set that the only path to victory is establishment candidates.