First Openly Gay NFL Player Treated Like Any Other; Cut

Michael Sam has been cut by the St. Louis Rams. After competing for a spot with the team he came up just short. Coach Jeff Fisher treated Sam like any other player. He had his opportunity (and still may have one with another team) and it didn't happen; the same scenario that played out for thousands of other heterosexual players before him.

In the face of it, he was all class: 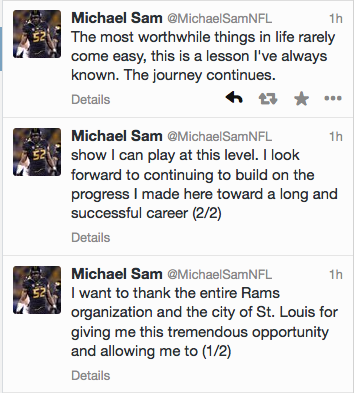 Again, he was treated like anyone else. Isn't that the definition of tolerance?

Not for the culture warriors: 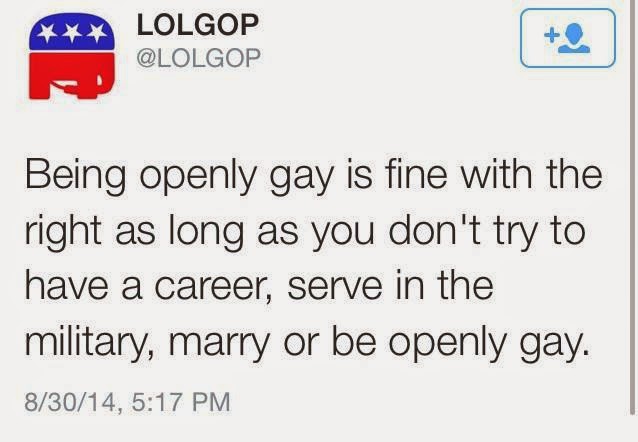 After the reelection of Barack Obama in November of 2012, I had a blogger nervous breakdown. I retired the Libertarian Popinjay, moved to Wordpress and posted rarely. I've seen many elections in my life, some with good results, some with bad results, but at the very least I understood them all. Not so in 2012.

But that was then and this is now in the "new normal" or whatever you want to call it. I'm back home. I may hate Google despite using it all the time (hypocrite!), but Blogger, with all it's flaws, feels more comfortable. I've dusted off some old designs and I'm gonna try to pick up where I left off. Can't promise I'll post as often as I used to, but we'll see how it goes.

I can promise that it'll get weird more often than not. These are indeed weird times.